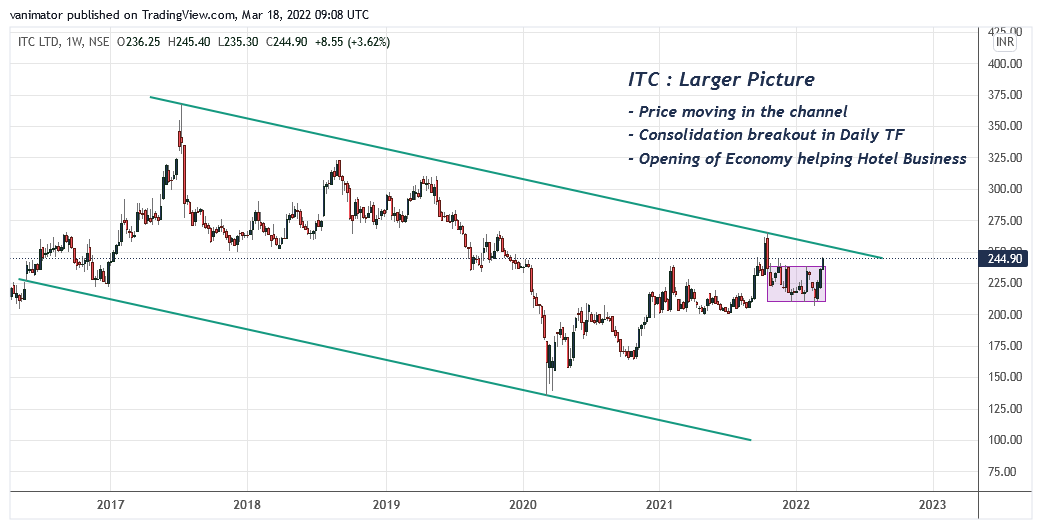 ITC, one of the most popular and largely owned stock amongst the people of India, has yet again given a consolidation breakout. The price had been inching up Steadily and Stealthily since last 2 weeks from the low of 210s even in a furious Equity rally which gives it an edge over other stocks if a correction sets in again as uncertainties arsing from Russia-Ukraine war hasn’t waned a bit rather the issue is snowballing given the provocative actions by other countries. Although, it does has a larger picture as well –

– A long term trend line resistance has already stooped the rise once and it might be a hurdle again this time as well.
– To contradict the above point, the stock has given a consolidation breakout of 28 points which enables the price to cross the major resistance given the target.
– FMCG sector set to be in a defensive mode in any impending correction due to the nature of the business which is more domestic oriented.

How will the above points take shape only time can tell as fundamentals shifts very quickly and can alter the technicals if they are very impactful.